If Shohei Ono were competing in Tashkent, he would be a shoo-in for the gold medal. But Ono was still recovering from injury during the Japanese trials and had to miss it. This is why Hashimoto is going instead.

What a pool in U73kg with World Champion Lasha Shavdatuashvili as number one seed probably okay with Stump and Esposito. Then Soichi Hashimoto so early in the quarters? So far the Japanese have a good draw. Butbul seems okay on that same side. Orujov could face Brazil’s smart man Daniel Cargnin, another medal prospect who performs well. On the other side tsend-Ochir look okay and might face Margelidon without surprises. Heydarov is for sure a medal prospect as he beat Shavdatuashvili and in a pool with Umayev of Belgium, who beat him before, so keep watching belgium’s man here. Akhadov is not easy in that same pool of death. Sterpu and Lombardo seem strong in the last of 8 pools among 51 men.

Can Hashimoto do it and do it early against Shavdatuashvili in the most likely quarter final? He’s certainly a top prospect. A former World Champion with a killer one-handed sode, as well as the ability to throw seoi-nage to both sides. He can do tai-otoshi too.

His main shortcoming is that unless he gets the right grip, he doesn’t attack. This has resulted in him getting shidos in past competitions. If he faces an unorthodox player that doesn’t let him settle on a grip, he might lose out.

One such player could be Lasha Shavdatuashvili, a former Olympic Champion at U66kg and the reigning World Champion at U73kg. The coincidence is that both Shavdatuashvili (seed #1) and Hashimoto (seed #8) are in the same pool at day 3 for only one place in the semi final. They can still be together on the podium but not in a final.

They’ve fought three times and Hashimoto has beaten him twice, but that was way back in 2017. The last time they met was at the 2022 Paris Grand Slam and there, Shavdatuashvili won by way of penalties. Their match went into Golden Score and after Hashimoto got his third shido, he was disqualified.

A potential challenger could be Hidayet Heydarov (AZE), who is ranked No. 2. Heydarov has never been able to beat Hashimoto (they’ve fought six times and he’s lost all six) so if he were to meet Hashimoto, it's not likely he would prevail. But the last time he fought Shavdatuashvili, in the final of the 2022 Hungary Grand Slam, Heydarov won. However watch Heydarov's first contest against Belgian Umayev, he beat the Azeri before and it's a talented opponent. 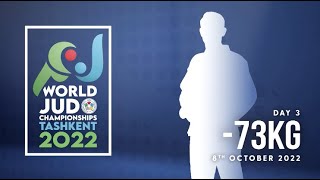 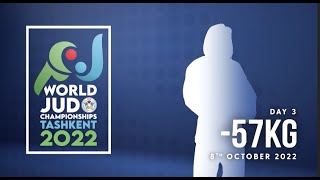 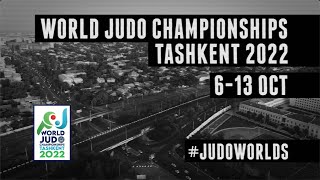 GET READY FOR THE NEXT LEVEL IJF JUDOGI.
WATCH THEM AT IPPON GEAR